Back to Blog
Apr 14
By Powertec Solar 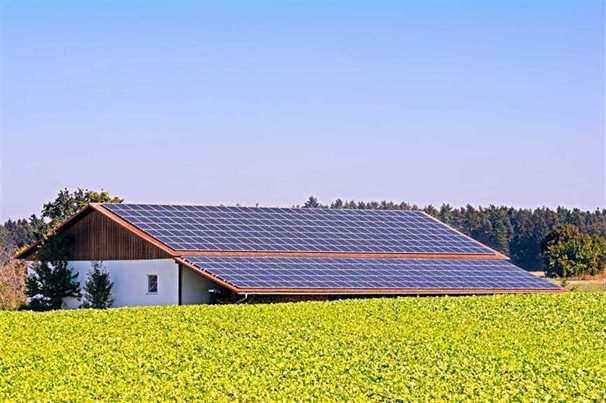 Solar energy is booming and at the same time, agriculture is becoming more important as the world’s population continues to grow at an unprecedented pace. Farming is incredibly important to our economy, but at the same time, it can be an important contributor to climate change, depending on the nature of your farm. Solar energy can help farmers in a number of different ways and here are a few:

The initial upfront cost of solar can be a bit daunting, but farmers know better than most that spending some money on better equipment now can save you a lot in the long run. Depending on where you are in Canada, you can be charged higher rates when you’re using more electricity than the utility would like. Solar panels can help reduce those rates because you’re generating power yourself. When you get a system with enough capacity, you can actually offset almost the entire cost of your electric bill.

Solar panels work best in the spring, summer, and fall when a lot of the more energy-intensive farming activities take place. That means you’re generating energy when you need it most. With a proper setup, you can generate so much energy that you offset your winter costs.

Some farmers might be worried that solar panels will take up valuable space where they could be planting cash crops. Fortunately, most solar installations can take place on the roofs of your exterior structures, eliminating that worry.

Solar As A Cash Crop

Farming solar energy? That idea isn’t as far-flung as you might think. The Los Angeles Times recently ran an article on farmers transitioning to large solar installations in response to water shortages. We’re fortunate here in Canada to not have frequent droughts, but the idea of a solar installation as a way to transition to less labour-intensive farming is still appealing.

There are few places better suited to large solar panel installations than farms. Large swaths of land that have already been primed for planting are ideal for setting up solar structures and most places in Canada get a ton of sun any given month. You’ll have to talk with your utility before getting a massive solar array installed, but if you get prior approval, you might generate a lot of profit without ever having to lift a finger.

This is something we alluded to earlier, and it’s worth mentioning again. As people grow more concerned about climate change it’s fair to expect shifts in government policy to discourage pollution which might mean taxes on high levels of pollution.  Getting solar installed on your property could future-proof you against potential costs imposed by the federal government.