Back to Blog
May 26
By Powertec Solar 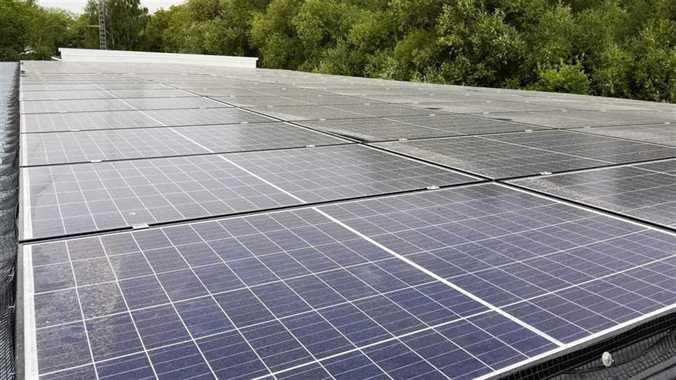 Intuitively, solar panels make a lot of sense because we have the Sun which is clearly producing a lot of energy – enough to light our whole planet and keep us warm. It stands to reason that we would develop tools and techniques to harness energy from the sun in order to create power for our own needs. Even young kids have an understanding of this; just ask any tween channeling the sun through a magnifying glass!

One common misconception about solar panels is that they use heat in order to create energy. While such solar panels do exist, they’re usually referred to as solar thermal panels, and they’re quite good at what they do – namely, using heat from the sun to warm up water. These solar panels can produce electricity but they tend to do so less efficiently than what we traditionally call solar panels, which are more descriptively known as solar photovoltaic panels. That’s why solar panels are still efficient in the fall and winter; they don’t actually need heat.

Now that we’ve established how solar panels don’t work, we can dive into how they do work. This might take a bit of thinking back to your chemistry and physics classes, but don’t worry, it’s pretty simple. You know that all matter is made up of subatomic particles including protons and electrons. You probably also know that when an atom has more protons than electrons, it’s positively charged; that means it wants to attract electrons. On the flip side, when there are more electrons than protons, it is negatively charged; it wants to lose electrons.

When certain substances with positive and negative charges are overlaid, it can create an electric field, similar to a magnetic field. Solar panels are manufactured to have such a field. They’re usually made up of silicon that has been modified so the top layer has a negative charge while the bottom layer has a positive charge. When the rays of the sun pass through these panels, photons (small particles that are the basis of electromagnetic radiation like light) hit the electrons, knocking them free. The electric field then pushes them towards conductive metal plates that transfer them into wires. The electrons then flow freely as electricity.

This process has a lot of different components, as you can see, and that’s why we are always developing new and better solar panels. The metals they’re made up of can vary, the way we give those metals charges can differ, how small we can make each individual cell has improved, and even the conductive plates and wires can be changed. In other words, solar panels are a great design that can always be improved upon. Who knows what the future of solar will look like – one thing is for sure though, it’s going to be bright (pun absolutely intended).

Looking for solar panels in Winnipeg? You’ve come to the right place. Get in touch with us; Winnipeg has a lot of potential for solar, due in part to how much sunlight we get every year. We’re one of the sunniest cities in the country!