Back to Blog
Jul 21
By Powertec Solar 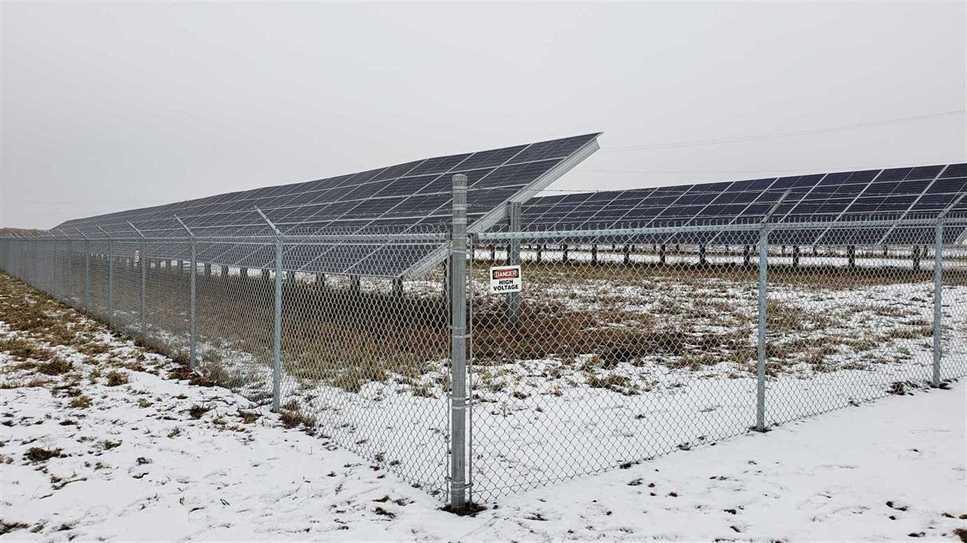 You’ve seen the title. It’s the question on your mind – it might be on the minds of many Nunavummiut, given the new solar-diesel hybrid plant opening in Kugluktuk.

So, is Nunavut too far north for solar?

Oh, you’re still here. I guess you want a more detailed answer. Well, that’s great by me; I love writing about solar energy. Not only is Nunavut not too far north for solar, it’s in many ways one of the most viable spots for solar energy in the country. There’s a few reasons you might think it’s too far north; let’s take a look at those reasons in turn.

Is It Too Cold?

There’s a few reasons you might think it’s too cold for solar panels in Nunavut. The first: you might think solar panels operate less efficiently in the cold. Fortunately, it’s quite the opposite; solar panels are actually more effective in the cold; it’s the heat that can cause problems. The electricity being generated uses photovoltaic energy from the sun, rather than thermal energy.

You might think that another element of our cold seasons would cause problems: snow. Fortunately, snow isn’t that problematic for solar panels. A light dusting of snow will easily be blown off by the wind. You should clear off large amounts of snow yourself; while the weight probably won’t harm your solar panels, it can reduce their efficiency. When the snow begins to melt, it actually cleans your solar panels for you – in that way, the snow is actually a good thing!

Is It Too Dark?

This question gets at the heart of the biggest concern anyone has with solar power: inconsistency. Sometimes the sun is hidden by clouds, and in the dead of winter, you’re only going to get a few hours of sunlight every day. During these times, your solar panels won’t be generating energy; does that mean there’s no reason to get solar panels?

As you can probably guess, there are still great reasons to get solar panels. The biggest incentive is Qulliq’s net metering program. Here’s how it works: in the summertime, you’ll be using less electricity, because you can keep your lights off, and you’ll be outside more often. The sun will also be out way longer; depending on where in Nunavut you live, you might see 20+ hours in a day. All that energy you’re creating can be used by other Qulliq customers, which means they don’t have to burn as much diesel; they’ll reimburse you for that electricity in the form of credits you can use during the months your panels aren’t generating as much power. In other words, your solar panels can create huge energy savings year round!

Is It Too Far?

The logistics of energy delivery in Nunavut are complicated. Each community generates their own electricity; all fossil fuels have to be imported. That might make you wonder: can you actually get solar panels in Nunavut? Will installers bring the materials out to you for a project at a reasonable cost?

As you can probably guess based on the site you’re reading this article on, the answer is an emphatic yes. We will come to your community, assess the viability of the project, and get it installed. The best way to take advantage of this is to create a community solar project. Get together with everyone in your community, pool your resources, and we can install a huge solar array all at once, generating enough power for a huge number of people.

These projects are absolutely viable in Nunavut; they’ll reduce your reliance on extra-territorial energy and rapidly fluctuating gas prices. Need proof? Take a look at the success Hughes, Alaska has had with solar; the US Energy Department seems thrilled.