Back to Blog
Jun 07
By Powertec Solar 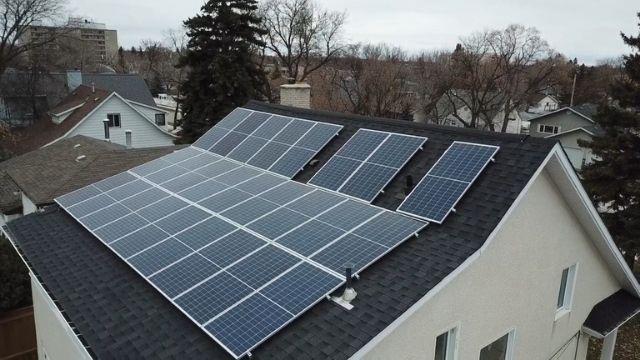 Solar sounds great on paper—it’s completely renewable, low-maintenance, and it lowers your energy bills. But how does it perform in a real-life application? Can a solar system produce enough energy to power your home or business?

If you’re considering switching to solar, you may be wondering how to estimate the potential output of your system. Many people start by using the PVWatts Calculator, which projects how a solar system will perform in a given area. This helps home and business owners determine whether a solar system can produce enough energy for their property.

However, these estimates are just that—estimates. They don’t necessarily reflect day-to-day conditions that affect the output of your solar panels.

At Powertec Solar, we’ve collected data from a few of the solar systems that we’ve installed. This data tracks how much energy those systems have produced over the last few years and compares it to the original PVWatts estimate.

Let’s take a closer look at how solar systems perform in Manitoba over time:

Our client’s 18.6 kW roof-mounted system was initially estimated to produce 20,544 kWh annually by PVWatts. But over the last 3 years, each annual total surpassed the initial estimate. Take a look:

If you read the annual totals for 2017 and 2019, you’ll notice that the PVWatts estimate holds up to be an accurate prediction. But in 2020, there was a significant increase in energy production due to favourable weather conditions; the solar system generated 1,124 more kWh than expected.

When you examine the kWh production from month to month, you’ll notice that it varies (as you might expect). During the summer months, which have longer days, the output tends to be higher; from November-January, it drops off significantly. The peak energy production is between May-July. In most cases, you can expect your solar panels to produce 40-60% less energy during the winter.

This next case study is based on a 21kWh ground-mounted system. From 2019-2020, the data collected shows that energy output surpasses the PVWatts estimate, which you can see here:

In 2020, the annual production was significantly higher than the PVWatts estimate, totaling 2,005 kWh of additional power.

Here, we can see how the PVWatts calculation differs from actual production on an annual basis:

So far, this ground-mounted solar system has generated significantly more power than it was projected to.

Why are PVWatts Estimates Lower than Actual Energy Production?

When you compare data collected from solar systems in Manitoba to PVWatts calculations, you’ll notice that the estimates tend to be lower than actual production.

There’s a reason for that: overestimating energy production could leave you short-changed. Therefore, most estimates fault on the side of being too conservative.

This doesn’t make the estimates inaccurate; it’s done by design. You don’t want to end up with a system that fails to meet your needs.

In summary, take a PVWatts estimate with a grain of salt—the energy output from your solar system could be higher than what you expect.

By investing in a solar power system for your property, you can take control of your energy production. At Powertec Solar, we offer solar services in Winnipeg, Manitoba. If you’re interested in a free solar feasibility analysis, get in contact with us!