Back to Blog
Mar 31
By Powertec Solar 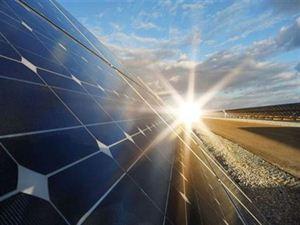 One of my first experiences with the power of solar energy was at the Winnipeg Folk Festival. We were camping at the festival and were concerned that we wouldn’t have a way to charge our cell phones. My dear friend told us not to worry about a thing, and consummate tinkerer that he is, rigged us together with a cell phone charging station powered entirely by solar panels.

Before we talk about the future of solar devices, it’s important to recognize there’s a lot of solar technology that’s already here – people are just unaware of it. The aforementioned cell phone charging station is now a massly manufactured product. There are also varieties of solar-powered lights, whether they’re for your garden or for the holidays. There have been solar-powered calculators since the 70s; there are also solar-powered watches, solar-powered radios, and solar-powered keyboards.

Looking to the future, we should consider three things: solar panels are going to get less expensive, they’re going to get smaller, and they’re going to get more efficient. We should also keep the chief limitation of solar power in mind; without an incredibly efficient battery, solar-powered devices will work less efficiently at night. With this in mind, we can expect to see high-efficiency solar vehicles in the future. These vehicles will likely be small and lightweight, with their bodies possibly made up almost entirely of solar panels. Drones and similar vehicles are a good fit. In fact, Alphabet, Google’s parent company, has already created solar balloons that can be used to restore internet access after a natural disaster.

The potential of solar vehicles isn’t limited to drones, either. In the same way that we’ve seen hybrid electric/gas vehicles, we might soon see solar/electric hybrids on the market, working off of solar power in the day and stored electric power at night. In a similar vein, we might see cell phones with solar panel integration, so that they charge themselves in the day time. A similar trend might appear with any number of other electronics, from laptops to portable video game consoles. Card terminals could also be powered by the sun.

In the future, when we do develop hyper-efficient batteries, all bets are off. We could have entire construction sites that are solar-powered. Whole factories might be powered by the sun. Everything from robots to traffic and street lights might be solar-powered. The sun provides us with an incredible amount of power; we just need to figure out the most effective way of storing that energy.

Kep in mind that these are all things that could be powered by solar devices in the future; right now, you can power all of your appliances with solar power. All you have to do is hook up a solar array. Manitoban summers are full of long, clear days so you’ll get a lot of energy! Call us, your Manitoban solar company; we’ll get it all set up for you.